Honda specialist Julian Spender loves the CRX. “Assuming they’re properly serviced, the engines are bombproof,” he says. “The key to enjoying them is revs, and lots of them. Pootle around and they’re quite lifeless.”

Owner Matt Bucknall is another fan of the CRX, although he warns prospective purchasers not to expect too much from the suspension: “The CRX felt sharp in its day but now, compared with modern, more stiffly sprung cars with stiffer bodies, even a good CRX has a lot of flex and feels soft on its high-profile tyres.”

For this reason, he advises against rejecting a modified car with uprated suspension. If it’s been done properly, it’ll be better for it.

Many such cars are likely to be Japanese imports, called JDM for short (it means Japanese Domestic Market). Critics say they have next to no rust protection, but the fact is that most JDM cars are in perfect order and certainly a lot better in this respect than many UK-sourced cars. They’re often better equipped, too.

Just make sure the import paperwork is in order and that the car meets UK road regulations. You never know, if you’re lucky, it may even have ‘Civic Renaissance Experimental’ emblazoned down the side… 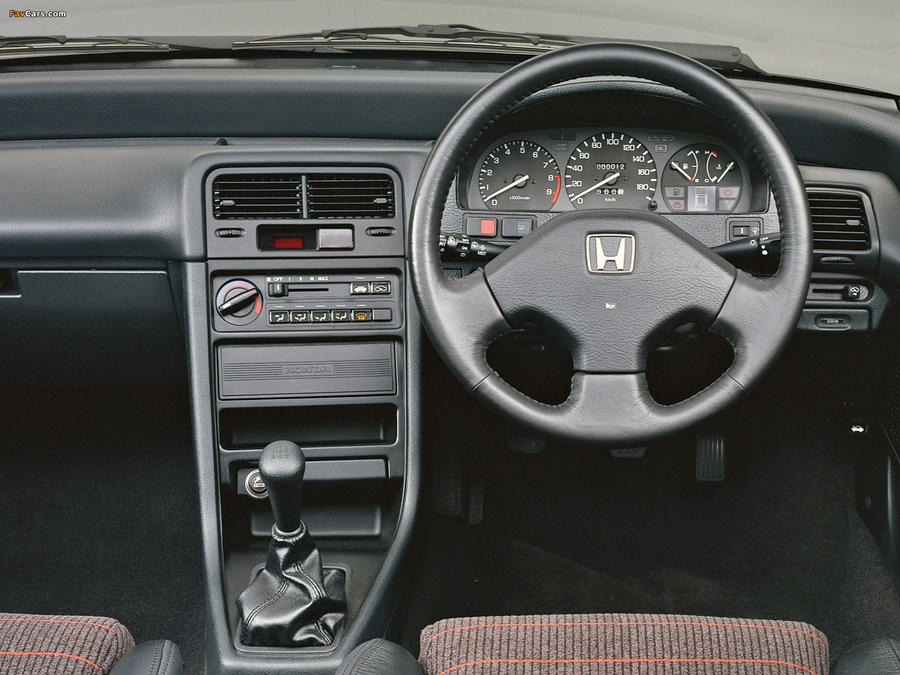 How to get one in your garage

Matt Bucknall: “I bought my CRX 1.6 two years ago. The previous owner, its second, had owned it for 24 years and stuck it in a garage for 10 of them. He Waxoyled the underside and looked after it really well. Today, it’s got a few small rust patches that are typical for the model, but nothing serious such as bubbling on the wings. When you see that, you know that on the other side rust has really taken a hold. Replacement trim is very hard to find now but mechanical bits, filters and gaskets are easy enough. As long as you look after it, a good CRX is very reliable. Prices are only going one way so buy now – you won’t regret it!”

■ Engine: Scrutinise every workshop invoice looking for regular oil changes and cambelt replacements. If no servicing evidence is to hand, check for emulsified oil around the filler neck and for blue oil smoke in the exhaust. Examine the spark plugs for fuel mixture strength, carbon deposits and oiling. Listen for worn tappets and for misfires. Check the condition of coolant hoses and the coolant expansion bottle for leaks. Ensure the cooling fan comes on during extended idling.