After three years its replacement had to be a brisk petrol automatic that was spacious and with good audio, nice heated seats and parking sensors.

A Volvo? Older petrol Volvos are rarer than Paganis. There are a few TFSI-engined Volkswagen Group cars around, but I once owned a youngish Skoda Octavia Scout with the requisite FSH, and it not only consumed oil but also managed to slip its timing chain. Final-gen Honda Accord 2.4 estates are fine cars but also hard to find.

Cranking up the budget to five figures-plus hardly helped. Anything 3 Series-sized and above was diesel, and with an expanded Ultra Low Emission Zone looming across Greater London, I needed a Euro 6 diesel, which sent us north of £16k.

As to luxury extras, why are German makers so mean with their speccing of heated seats? Trying to find a petrol 3 Series Touring xDrive with extendable, heated seats was nearly impossible. A 3 Series GT? Nice idea but the same issue, and that 320i petrol turbo engine is hardly a ball of fire. Most everything else I spotted during my search was diesel.

I stumbled over a nice Volvo V90 T6 AWD, but the 15mpg in town was too much to contemplate. Then I really fancied a Subaru Forester XT, but I couldn’t get on with the seating position. Short seat squabs; very frustrating.

I had been eyeing Lexus for a while. The NX300h hybrids – a good halfway house in size – were still expensive. The RX450h was in useful supply but it’s a giant with a V6 engine and Group 40 insurance. I tried one at Lexus Poole. Beautiful car, specced to heaven and back, but a 2.2-tonne whale. My partner loved it. 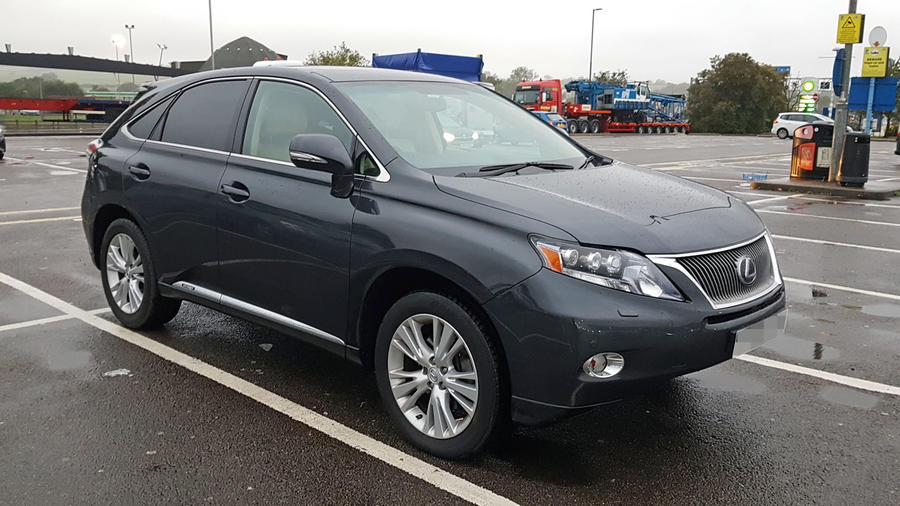 Then I saw a 2009 RX at Lexus Leeds in full-on SE-L Premier spec. Full Lexus history and Lexus warranty. Okay, £14.5k is strong for a 10-year-old car, but it’s a Lexus. It’s big and doesn’t care to be rushed (unless it’s going in a straight line), but it often runs on electric in town, it’s immensely hushed and the level of detachment from the world is quite addictive. The boot is huge, the seats heated and cooled and it even has a head-up display. Most importantly, I don’t have to worry about AdBlue, DPFs and dual-clutch gearboxes. In the end, all-round peace swung the deal towards a car I’d never imagined buying.

This 2004 Volkswagen Bora arrived home to respectful coos from my neighbours, who had never seen anything with electric windows on my driveway before. For a while I enjoyed the novelty of having heated leather seats and cruise control in my £1300 station shuttle, but soon its affordability started to make sense: the Bora was hiding a dark secret behind its pristine rear alloys.