We can boil things down further still. Forget the way a car steers, its grip or on-limit balance and simply ask yourself this: can you see out of the bloody thing? One of the legacies left over from Gordon Murray’s McLaren F1 is that all McLarens made today have glasshouses like goldfish bowls. And when you’re in a car that wide, low and fast, just having the vision to place it accurately on the road is not just reassuring and relaxing, in the most real sense, but it also makes for a better-handling car. Last year I drove a Lamborghini Aventador SVJ straight after a McLaren 720S and I found the Lambo immeasurably harder and more intimidating to drive – not because it was faster, because it wasn’t, but because by comparison you peep out at the world through a letter box.

There are other crucial details. What is the pedal placement like? If the car is manual, can you heel and toe under both light and heavy braking? How do the brakes feel? If you find yourself thinking about your car’s brakes, there’s almost certainly something wrong with them. Are the pedals directly in line with the seat? If manual, where’s the gearlever? Ideally no more than a splayed hand’s width from the steering wheel.

What about those safety systems? How intrusive are they, is there an intermediate Sport setting and does it actually make a difference? Can you separate out traction and stability control, can you actually switch everything off when the time comes and does it come back on again if, say, it detects a certain degree of slip with full ABS actuation?

A car’s handling should also not fundamentally change through speed or load, although it almost always does, even in these days of computer controlled damping. You don’t want a car flopping around all over the place the moment you try to corner fast or load your family and luggage, but the amount of body roll, pitch or heave a car can exhibit matters little so long as that movement is properly controlled. On the other hand, a car that is so tied down on its springs that it doesn’t move at all is likely to be deflected by lumps, bumps and changes in road surface, which does nothing for the confidence either.

Which, finally, brings us to the limit stuff. To me the amount of raw grip a road car can generate is not terribly interesting. Actually and often it gets in the way, because there’s not much point giving a car great limit balance if that limit is so far away that no one is ever going to reach it. Also, the faster you’re going, the quicker things tend to happen, which can create problems all of its own. That’s why cars such as the Alpine A110 and Toyota GT86 have been as praised for the easy access they provide to their limits as they have for their behaviour once you have arrived there. 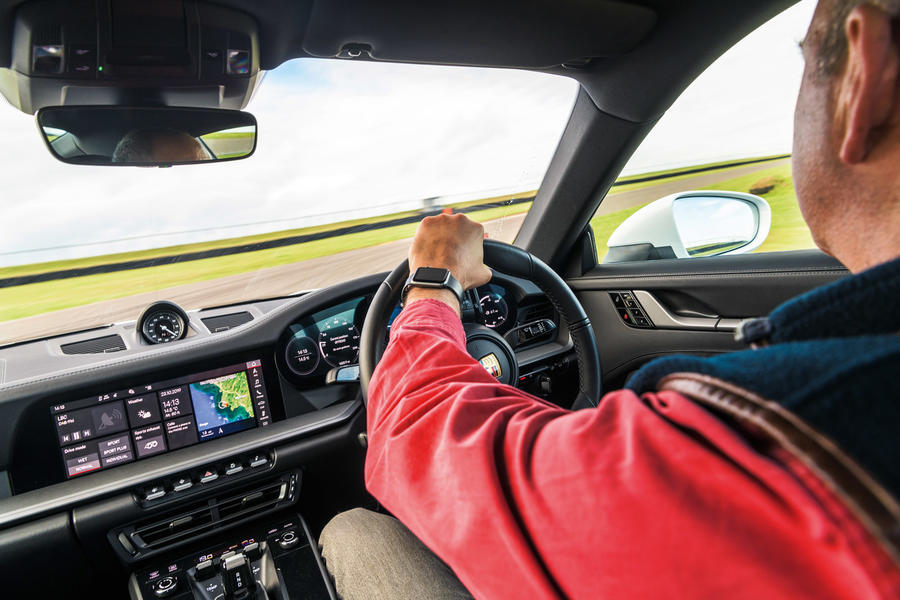