What you get is a ferociously fast car that revs to 7500rpm but, in wintry conditions, is not one you can take to that part of the rev band very often. Doesn’t much matter – below that figure, even well below that figure, the supercharger screams away, the ‘zorst bangs out some aggressive noises and the CS800 makes the kind of effortless progress that can only come with an excess of power like this.

In the right place, if you want, it’ll spin up the rear wheels for the odd giggle – the traction control’s quite liberal. Sutton has fitted a short throw gearshift which is wonderfully snappy and precise. Heavier than usual, but no worse for it.

The steering’s weighty by the standards of a lot of modern cars, and the ride pretty focused, but not harsh. It’s less of a grand tourer than the standard Mustang, a bit more of a sports car, but only to an extent – it’s still a big car. well, it’s a muscle car, so of course it is. And while the handling has that lovely front-engine, rear drive balance about it, that’s the thing to remember – you’re moving lots of angry hardware. I rather liked that about it.

The interior changes freshen up an otherwise fairly ordinary cabin. The carbon fibre in here is really nicely finished, as are the re-trimmed seats. I could live without all of the steering wheel trim – but y’know, you choose to or not to, so that’s all fine. And I have quite a soft spot for the cue-ball gearknob. 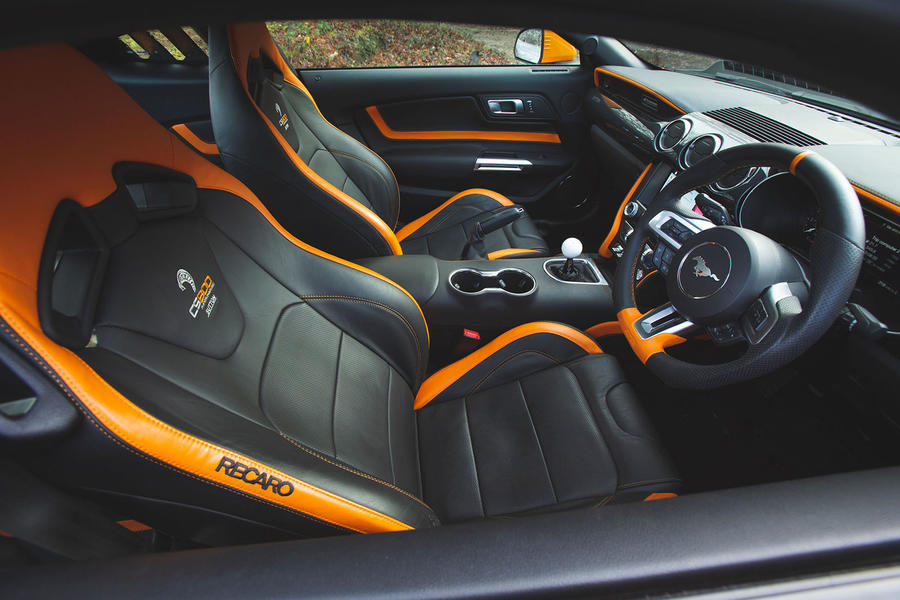