The e-Scooter features a 7kW motor, which offers a peak rate of 11kW, mounted in the rear wheel. It offers power roughly equivalent to a 125cc petrol engine. A range of 71 miles and a top speed of 62mph are claimed, and the battery can be removed for recharging at home.

The e-Scooter is seen as a match for Seat’s younger car owners; the average age of a Seat buyer is eight to 10 years lower than for other European brands.

However, customers in their late teens and early 20s are increasingly looking to car sharing and ride hailing to satisfy their transport needs, rather than car ownership, especially in cities.

With that in mind, Seat has also revealed a replacement for its kick Scooter, a rebadged Segway model.

Together with the Minimo two-seat electric quadricycle shown in the spring, Seat has unveiled three urban mobility machines in the past nine months, while the order books for the new Seat Mii Electric have just opened. 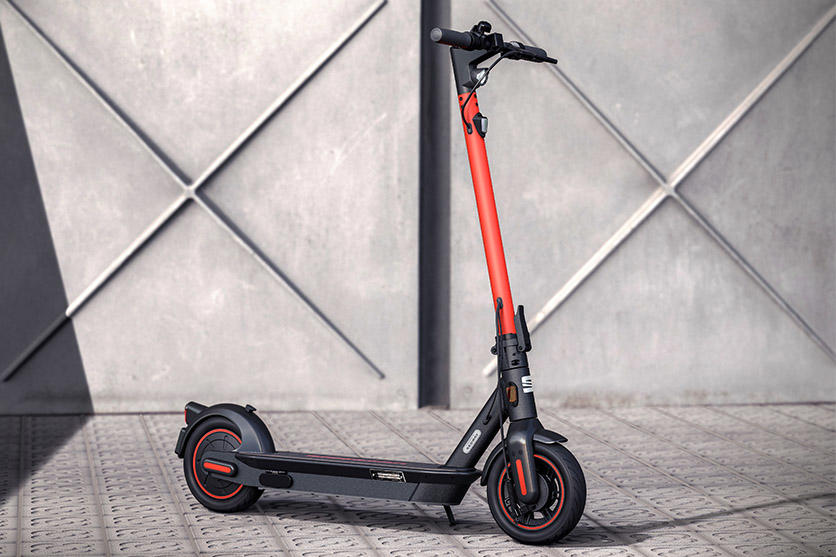 Seat boss Luca de Meo says the company’s aim is to “show how we can contribute to changes in urban mobility”.

“Our micro-mobility vehicles are designed around short journeys, the ones where cars are probably not the ideal way to do it,” he said.

De Meo has reorganised Seat’s mobility business units under the Urban Mobility banner and appointed Lucas Casanovas to run the operation. One of its first jobs is to develop a business case to put the Minimo into production.

Casanovas says the intention remains to put the Minimo on sale in late 2021 or early 2022, but the project still awaits the green light.

“It’s not a matter of the overall design but finding the right plastics for cleanliness and durability, the size of the battery, range and reliability, details like that,” he says.

Seat could rebrand as Cupra in upmarket push