Porsche has teamed up with Star Wars producer Lucasfilm to create a one-off spacecraft to promote the next instalment in the space-themed film franchise.

Named Tri-Wing S-91 x Pegasus Starfighter, the starship will be presented as a five-foot-long scale model at the premiere of Star Wars: The Rise of Skywalker on 16 December.

The design process was undertaken by members of Porsche’s Weissach-based studio in conjunction with their counterparts at Lucasfilms San Francisco HQ. The result is an aircraft that bears a strong resemblance to iconic vehicles from the Star Wars franchise, while displaying a number of elements inspired by Porsche models.

The vehicle’s front end references that of the new Taycan EV, with horizontally aligned headlight clusters that are flanked by prominent air intakes, while at the rear a 911-style louvred panel contains a centrally mounted third brake light. The brand’s trademark rear light bar also features.

Inside, low-mounted sports seats are modelled on those in the 918 Spyder hypercar, while the instrument panel is said to be ‘clearly aligned with the driver’s axis’. 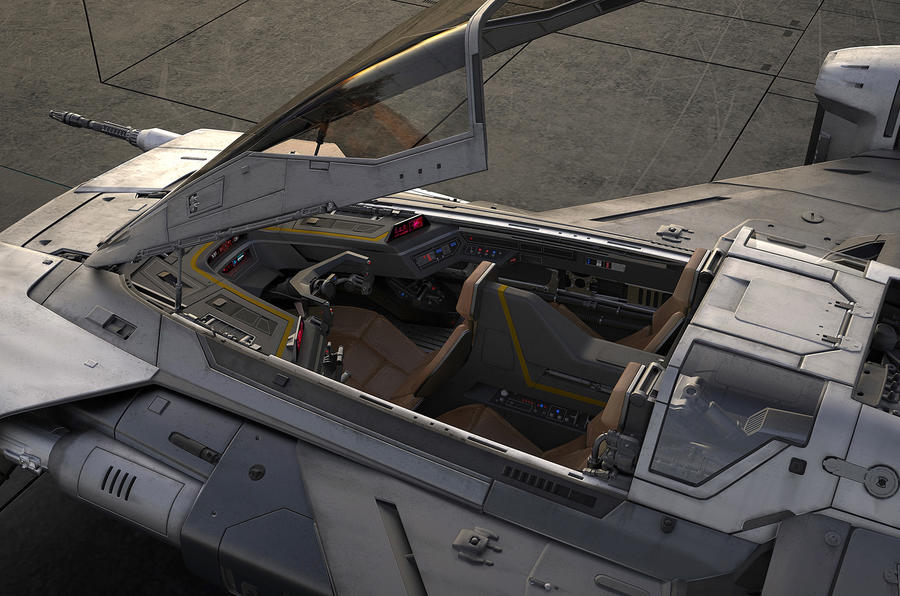