The next-gen sports car will feature some substantial changes from the existing model. While the original was built on a Subaru platform, the firm’s current architectures are not suited to rear-drive cars, so Autocar understands the new model is set to be built on Toyota’s TNGA platform.

While Toyota underpinnings will be used, Subaru is expected to once again take the lead with powertrain development. Autocar understands the car is likely to retain a flat-four ‘Boxer’ engine, with reports in Japan suggesting that the existing 2.0-litre naturally aspirated unit will be switched for the turbocharged 2.4-litre powerplant currently used in the Ascent, Legacy and Outback models.

That engine produces 255bhp in the Ascent, a figure that would represent a significant upgrade on the outgoing model’s output. Forced induction would also provide a substantial torque upgrade over the old car, too, providing a draw for those who weren’t satisfied with the performance of the outgoing GT86 and BRZ. Both brands may wish to retain the drivability and character of a naturally aspirated unit, but this needs to be balanced with what buyers are demanding – and that appears to be the on-tap grunt of a turbocharged unit. 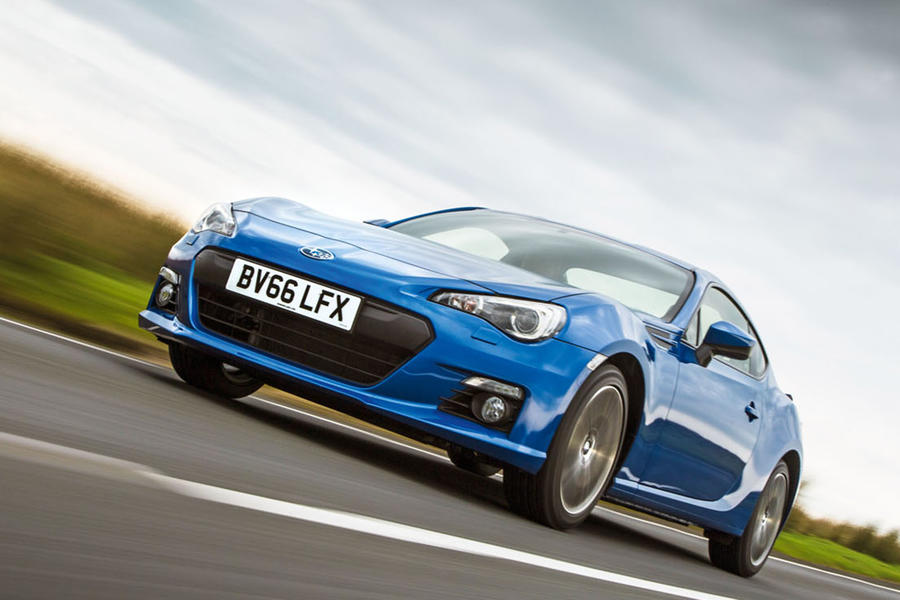 Toyota and Subaru will also want to improve the aesthetic appeal of the new car, both inside and out. The old GT86 and BRZ were widely criticised for their low-rent cabin, so expect improvements in technology, material usage and fit and finish. Whether or not the model becomes more of a true four-seater in order to really help it stand up against more practical rivals remains to be seen.

Such changes – particularly the power upgrade – would be likely to see the price of both cars increase. However, both brands will be conscious of the close proximity of more premium models, such as the Audi TT and BMW Z4. Toyota won’t want to tread on the toes of its own Supra, either, particularly in Japan where a four-cylinder version of the reborn sports car is offered.

The second-generation BRZ and GT86 will build on expanding links between Subaru and Toyota. As well as the sports car, the two firms are teaming up to develop a new EV platform and electric SUV.

Toyota is considering hybrid versions of future performance car models – but only once the weight of the systems are reduced.

The Japanese firm is in the process of electrifying all of its models, with a heavy focus on hybrid systems. But the new GR Yaris will only be offered with a three-cylinder, 1.6-litre turbocharged petrol engine, despite 80% of Yaris sales expected to be hybrid.