Drivers in the North East of England enjoy the best conditions for driving, with fewer delays, quieter roads and cheaper fuel than the rest of the UK.

Research carried out by commercial vehicle leasing company Crusader Vans shows commuters in the region experience an average daily delay of just eight minutes, compared with the 25 endured by drivers in London. 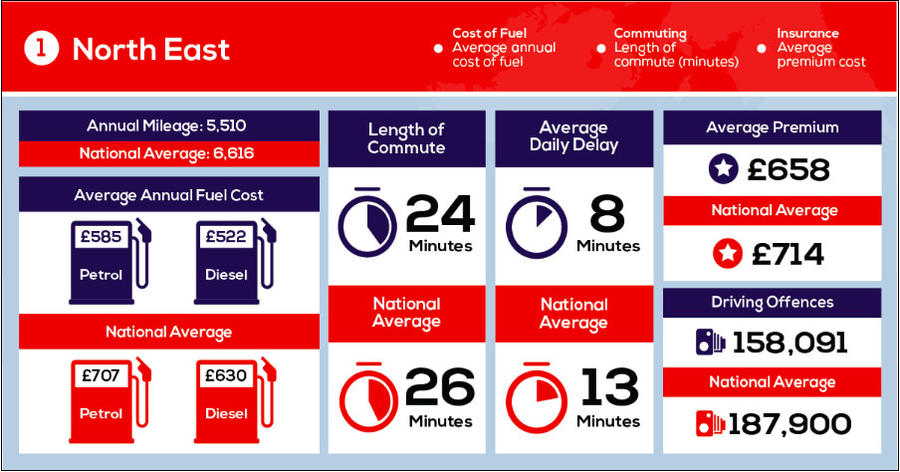 This comparative predictability means the average commute time in the region is just 24 minutes, which is two minutes below the national average and 14 less than in the capital. Commuters in Scotland, Wales and the East Midlands enjoy similarly short journey times.

London motorists also lose out when it comes to fuel prices; the city-wide average cost is £1.31 per litre, but the difficulty of driving in the area means Londoners spend just £505 per year on petrol or diesel.

Wales and the South East have less pricey pumps, but drivers spend more time behind the wheel, resulting in a yearly fuel cost of more than £770.

A cost more profoundly impacted by region is that of car insurance, and it’s the South West that offers the cheapest premiums. Owners in the area pay £543 annually, which is less than half the £1098 shelled out by London residents. 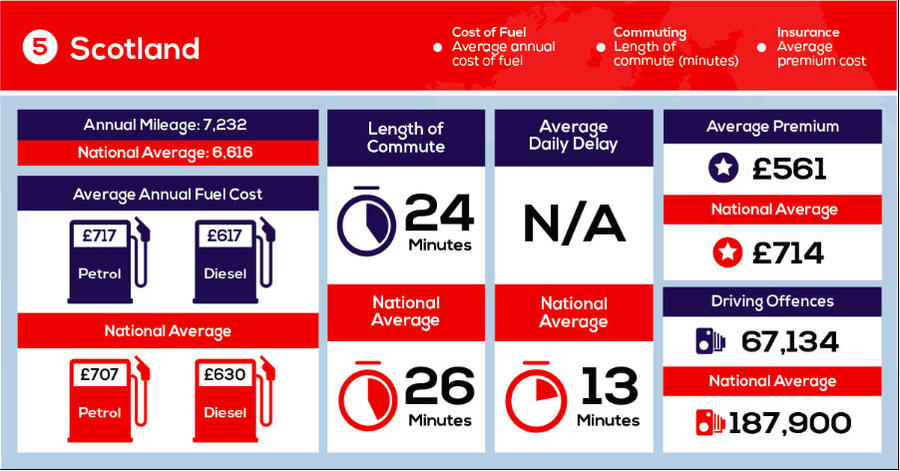