Described by Merc-AMG’s CEO, Tobias Moers, as a vehicle for customers “not willing to accept compromises when it comes to versatility, effortless superiority and spaciousness”  the GLS 63 has been revealed ahead of it going on sale in the UK towards the end of spring.

Power for the range-topping seven-seat SUV comes, as ever, from AMG’s 4.0-litre twin-turbocharged V8. Here it’s supplemented by an integrated ‘EQ Boost’ starter-alternator offering up 22bhp and 184lb ft of torque on its own while supplying 48v for the electrical system. 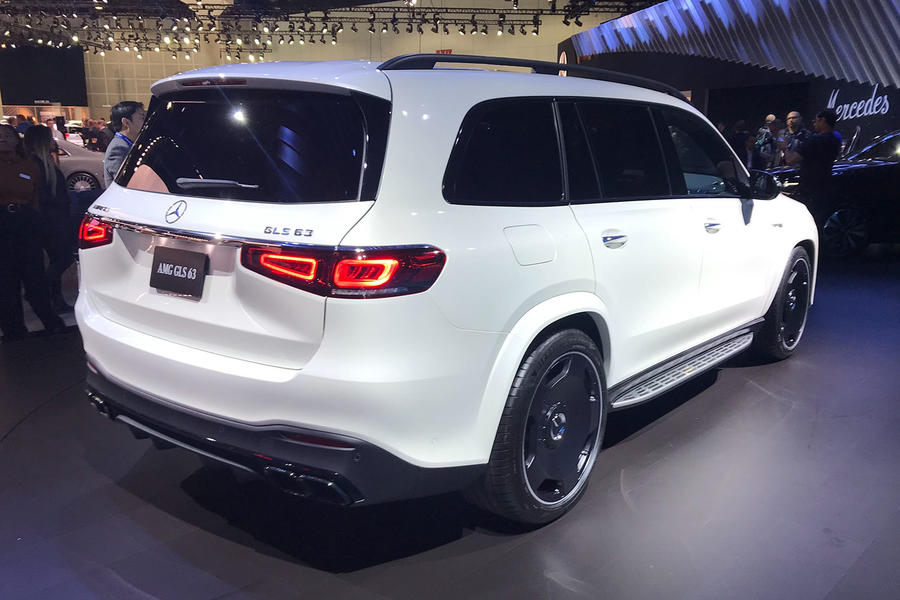 The result is 603bhp and up to 627lb ft, enough to take the BMW X7 rival from 0-62mph in 4.2 sec and on to a top speed limited to 155mph, or 174mph if you opt for the AMG Driver’s Package. Power is put through a nine-speed automatic gearbox, which features multiple modes to tailor the smoothness or speed of shifts, while the fully variable four-wheel drive system allows up to 100% of the power to be put to the rear wheels when required.