Fiat Chrysler will reveal its new Airflow Vision concept at next week’s Consumer Electronics Show (CES) as a preview of “the next generation of premium transportation”.

Named after a pioneering Chrysler production model from the 1930s, the new Airflow concept is said to feature a spacious and technologically advanced interior, and gives an idea of what to expect from the next generation of the firm’s Pacifica MPV.

Its multiple display screens can be controlled using swiping motions and can be adapted to suit the users’ individual needs. Information can be shared with all passengers, which FCA claims will allow “each passenger to participate in the experience” of driving.

Interior space has been maximised by the use of pedestal seat bases – in place of conventional rail-based mountings – and slim seat backs. Premium materials such as suede and leather are used throughout, while customisable lighting can be used to create a ‘personalised inner sanctum’, according to the brand.

The Airflow’s exterior styling echoes the minimalism of the interior, with prominent rear haunches, a narrow front grille and one-piece side windows among the key features shown by a preview sketch. Enclosed wheel arches hint at the concept’s aerodynamic potential, although the physical concept’s wheels are likely to adopt a more conventional look. 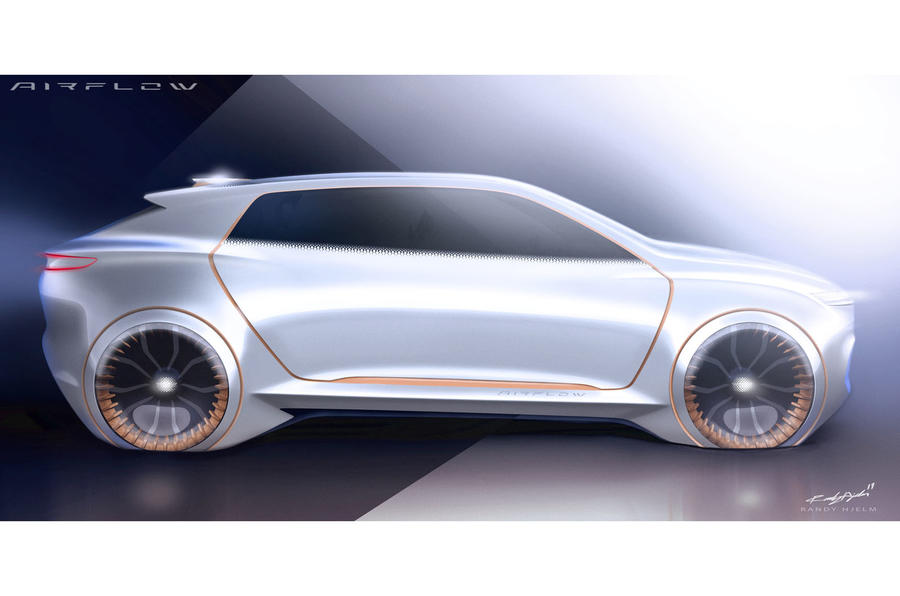