Kia has confirmed the next generation of its Sorento SUV will be unveiled at the Geneva motor show on 3 March.

The announcement was accompanied by the release of two new preview sketches hinting at the model’s exterior design. The firm confirmed it is “the first vehicle based on Kia’s new-generation mid-size SUV platform”, and that it will be available with a hybrid option for the first time.

Last week, pictures posted by the Kurdistan Automotive Facebook page, showed a pre-production prototype wearing minimal disguise. We can see that the new Sorento has a more square-edged design than its curvy predecessor, and the brand’s tiger nose grille will sit within a new front-end profile. The rear end design, meanwhile appears to take heavy inspiration from the firm’s US-market Telluride large SUV, with vertically mounted brakelights and a chrome-style lower diffuser among the visible elements. 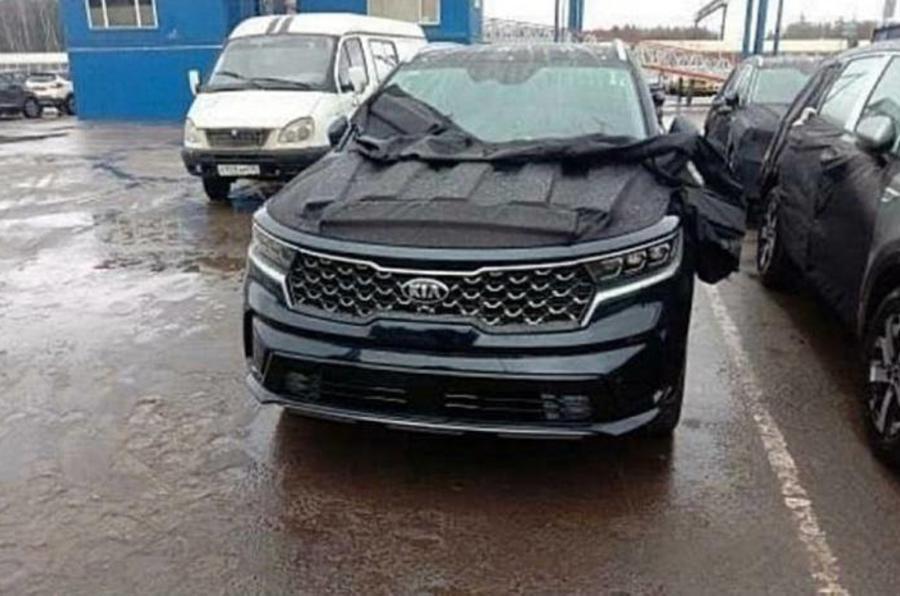 The leak also gave an idea of what to expect from the Skoda Kodiaq rival’s interior. The dashboard features a substantial centrally mounted infotainment touchscreen flanked by a set of vertically mounted air vents, with little in the way of physical buttons and levers.