Build quality on pre-facelift cars hasn’t lived up to Merc’s reputation, with interior rattles a recurring theme – and note that versions below SE ride on steel wheels. For its alloy wheels, comfort suspension, sports seats and artificial leather, SE is our pick but we also like AMG Sport, with features such as sports suspension, retuned steering and larger alloys.

The 2015 facelift brought a diamond-pattern grille, restyled bumpers and integrated exhaust pipes. Inside, it was business as usual, although fit and finish improved. These cars are good value since Mercedes reckoned it had donated extra kit worth £1100 for a price rise of just £350. A major beneficiary was SE trim, which gained a media interface, 16in alloys, a reversing camera and Mercedes’ upmarket Artico upholstery. Across the range, phone integration was improved. Meanwhile, the A180d Blue Efficiency became even cleaner and the A220d and A250 got a small hike in power.

Before you buy, check for interior rattles, possibly emanating from the centre console or, on early models, from the front seatbelt height adjusters. These were modified on later models. 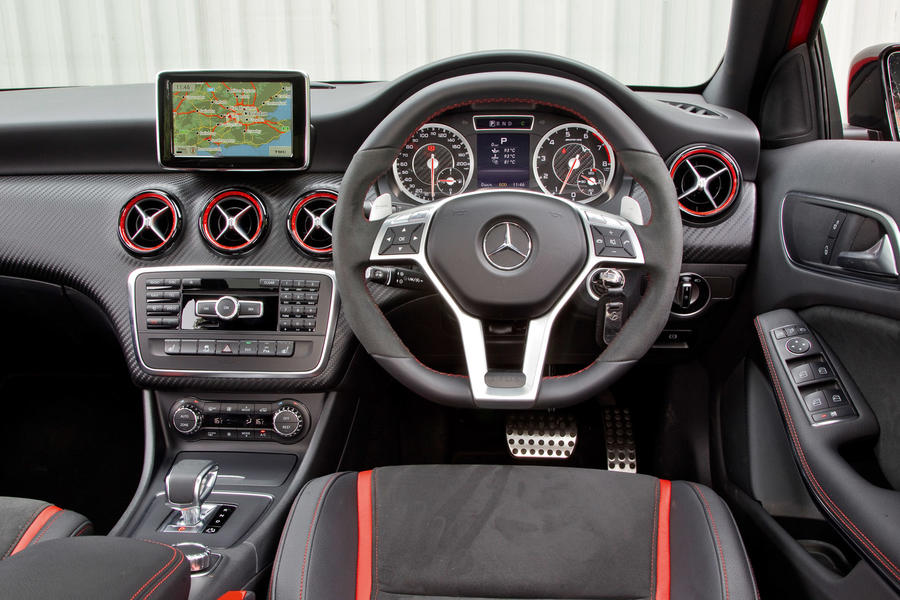 The 2015 facelift brought more powerful engines, with diesels now badged ‘d’ rather than ‘CDI’ as before. Most versions also gained Dynamic Select, offering a range of driving and suspension modes called Eco, Comfort, Sport and Individual. Surprisingly, though, a digital radio was still an option (at a cost of £420) on most versions.