Quite a car in which to double my experience of fully electric motoring.

Following time spent with Tom Morgan’s BMW i3s, I’ve switched to Steve Cropley’s Jaguar I-Pace for a step up in size and eye-watering value. The big Jag might have been judged only third out of four in our recent electric SUV comparison, but its striking looks, smooth ride and stunning capabilities clearly make this a car to savour.

Personally, I’m not so sure about the looks. The short droop snoot looks sharp in profile, but that rear end’s crop is a little harsh. Not sure about the colour either, but the choice of orange (officially Photon Red) depends on how much you want to stand out. Then again, the car is hard to miss even without garish paint.

As Steve has written previously, you don’t forget those first few miles in Jaguar’s first all-electric car, such is the creamy force of the near-silent propulsion towards the horizon. It’s the kind of car we used to dream about for some distant future, and that it exists in the here and now is truly exciting.

But the glow quickly wore off once I got it home. The thing wouldn’t lock. Upon pressing the key fob, the I-Pace just double-bleeped back at me. The kids had just been in to have a look at what Daddy had brought home. Had they pressed something? Don’t think so. I checked the windows, the boot and bonnet, and even turned it on and off again in true IT Crowd fashion – twice. Half an hour later, now in the dark, I was still scratching my head.

Then Mrs Smith (the brains of our operation) Googled the problem. An owners’ forum popped up, and it turned out others had been through this. The solution, said one, was to open the bonnet, place your hands over where the catches are situated and slam down hard. Really? That’s not the usual way to treat a near- £80,000 new car. But it worked.

The door handles receded, the wing mirrors folded in and we breathed a sigh of relief. It hasn’t happened since, but would a German premium car need such a firm hand? 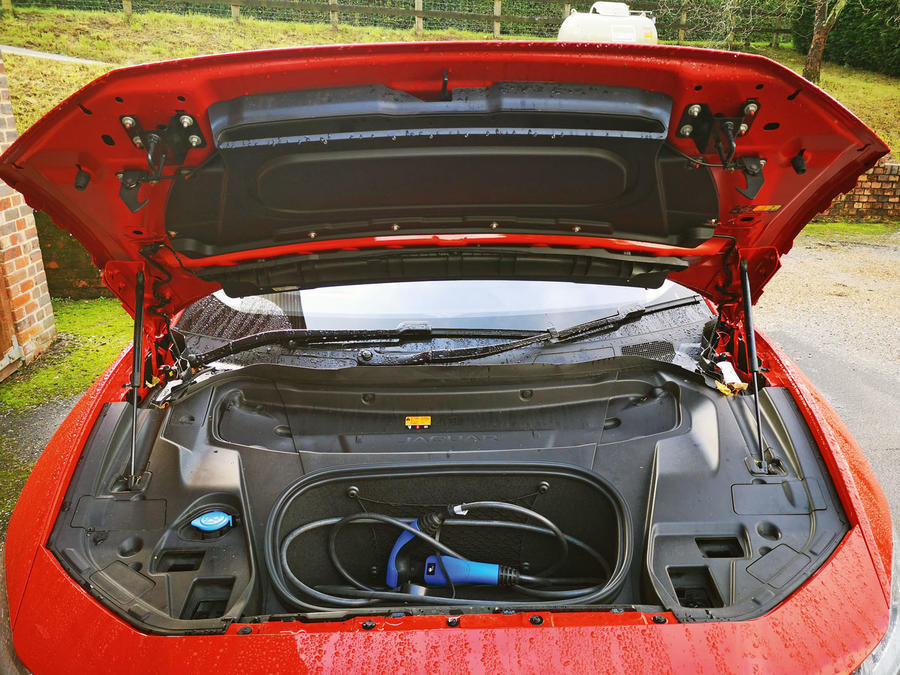 In terms of range, a full charge displays 201 miles on the dash and the 40-mile one-way commute is never going to come close to challenging that number. Although once I pull up either at work or home, it tells me the reserves have been depleted exactly by the completed mileage, every time, so I’m willing to trust its accuracy. I’m also trying to drive as ‘normally’ as possible, to see how necessary it is to adapt to an EV mentality. Pleasingly, it’s just not required for my distances – then again, I haven’t stretched it as Julian Rendell did recently from London to Frankfurt.