There are still plenty of people at Mini’s Oxford plant today who were involved in this transfer. Mick Fisher, who joined Austin as an apprentice in 1965, drolly describes it as “stripping the Rover 75 out and putting the Mini in”, which rather underestimates the Herculean task involved.

The method of attaching parts to the underside of Minis changed, too. “We had rotary slings for the Mini,” Fisher says. These turned the body through 90deg to make it easier to attach parts, whereas the 75’s underbelly was attended to from a pit beneath.

“We wanted to prove the kit,” he says. “We built the first cars on the run. The normal shop-floor build [for a new model] is three years. We had nine months. There was only one body-in-white build phase before the start of production instead of three or four. The first Mini made was carried down the line, because the skillet lines [the body conveyors] were not driven.” Fisher adds that “there was a bouquet of roses on the bonnet” of that car in December 2000. It wasn’t quite the first R50-generation Mini, Longbridge having built a few pre-series cars, but it was a very significant one.

The factory was clearly teeming with activity. “There were a lot of BMW staff. There were four teams: the Mini project team kept their jobs,” says Jason Field, a senior IT specialist. “Cowley was paired with BMW’s Regensburg plant and there was a charter flight there to train from Monday to Friday.” The person tasked with overseeing the project is now boss of the Volkswagen Group. “Herbert Diess was a turnaround manager,” says Fisher. “He was nice to the workforce but hard to work for.” Field jokes: “Sleep and food were for wimps. They were long days.” 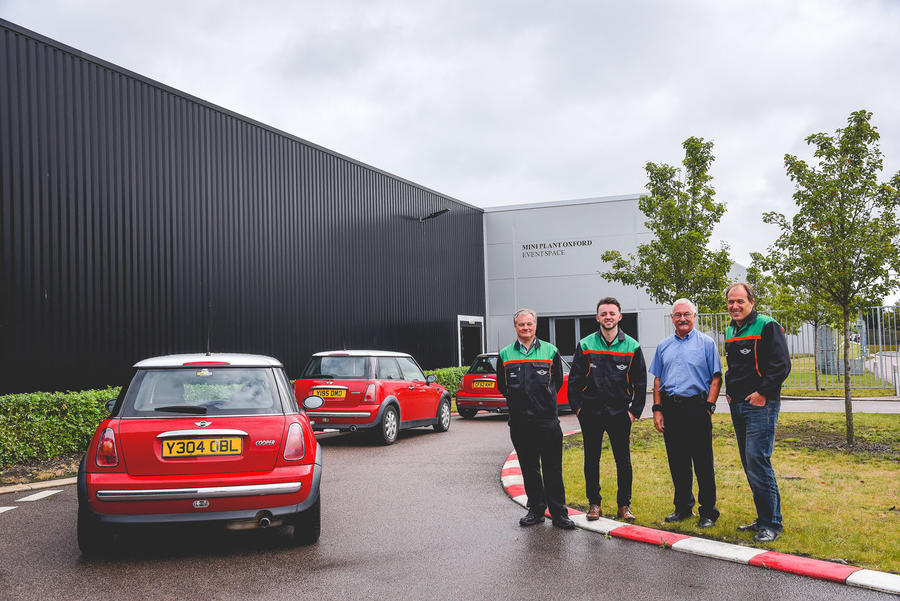 The effort was worth it, though, the buzz building around the car a novelty for a Cowley staff unused to having a big hit on their hands. “After the press event, we kept a lot of early cars,” says Dom Nolan, now a manager in materials supply. “We used them at the weekend and they would be swarmed.”

Yet some had doubts. “With the Rover 75, we believed we had built a really good car and it didn’t sell. This could be a repeat,” says Brook.

It wasn’t. “As orders started coming back, there were more shifts,” says John Cowan, ex-Rover and now on the electric Mini production integration team. “The weekend shift came on and it was seven days a week.”