That’s all happened since 2010, when car giant Ford finalised a deal to sell the then distressed, struggling brand to Geely, at the time an unheralded Chinese firm known best in Europe for producing copycat cars.

Ford bought Volvo for around $6.5 billion in 1999 to add to what was then a growing line of ‘prestige’ brands. It significantly expanded Volvo’s range, but did so through the use of shared Ford platforms, and the resulting cars lost much of the individuality Volvo had traditionally been known for.

Volvo’s roadmap to revival was actually laid out late in the Ford era, when it began to push the brand further upmarket and launched the XC60 SUV. But when the 2008 economic crisis hit, Ford put Volvo up for sale. Numerous companies showed interest – reportedly including Volkswagen and BMW – but Geely ultimately won out, paying in the region of $1.15 billion.

Given the reputation of Chinese car firms at that time, there were fears Geely’s ownership would lead to a further decline in Volvo’s standards. Instead, Geely was true to its words of hands-off ownership, giving Volvo the resources it needed, then stepping back and letting the firm get on with it. Essentially, Geely’s approach was to let Volvo be Volvo.

A key moment in Volvo’s revival was the appointment of former MAN trucks boss Håkan Samuelsson as CEO in 2012. His polite Swedish calm belies his determined, decisive leadership.

His focused strategy stems from Volvo’s size: even with Geely’s backing, it still can’t match the resources of the VW Group. “We have to prioritise,” says Samuelsson. “We cannot do everything so have to choose.” 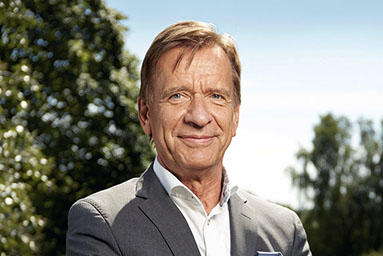 He adds: “We like to think we are very good at thinking in an open way. It’s not a disadvantage being small. If you are big, there are probably too many experts on board who will tell you everything is important. That means it’s not that easy to break out of the old way of thinking.”

So far, Samuelsson has chosen right – and with conviction. Volvo worked with Geely to develop the Scalable Product Architecture platform to underpin a new generation of mid-size and larger models, starting with the XC90 SUV in 2016. The first car developed entirely under Geely ownership showed that any fears of a decline in Volvo quality were misplaced.

Volvo has subsequently led the development of the Compact Modular Architecture (CMA) for smaller vehicles, including the XC40 compact SUV. Crucially, it also future-proofed CMA by designing it to house both combustion-engined and electric powertrains. Henrik Green, Volvo’s tech boss, says this reflects the fact that Volvo couldn’t afford to develop separate platforms for combustion-engined and electric cars, as the VW Group has done with the MEB architecture. So it applied the lessons it learned surviving with far more limited resources. “You get very creative having no money and no time,” laughs Green, reflecting on the firm’s pre-Geely days.