Mechanically, things are pretty straightforward. Every Puma is a 1.0-litre petrol at the minute, with a 1.5 diesel following and a hot version (I know, but if anyone can, Ford probably can) later still. The three-cylinder 1.0 comes in four different flavours: 94bhp and 123bhp pure internal combustion, and 123bhp and 153bhp mild hybrid.

It’s a very mild hybrid, basically an integrated starter/generator aimed at torque-filling the turbo lag at low revs and helping to reduce the CO2 figures, rather than making the Puma faster – although it does, a tiny bit. Producing 15bhp and 37lb ft, though, and mostly at low revs, not by much. Ford calls the system ‘mHEV’, whose capitals put rather too much emphasis on the ‘hybrid electric vehicle’ part of things and not enough on the ‘mild’ element, for me. Reminds me of the gambling industry’s ‘when the fun stops, stop’ campaign with ‘FUN’ written largest. This isn’t a car that ever goes anywhere under electric power alone, after all. Still, it all helps the numbers, and Ford thinks that by 2022 more than half of the cars it sells will be some kind of electrified. No news yet on a battery-electric or a plug-in electric hybrid version of the Puma.

There is room, though, for a bigger battery than the diddy li-ion one beneath the boot floor, an area that Ford is reserving for a few things: on pure-combustion cars, the option of a spare wheel (praise be). And on starter/generator cars, what it calls a ‘Megabox’. Don’t get too excited. But it’s a novel way of using some space.

The Puma gets a higher boot floor than a Fiesta, and if a battery isn’t taking up the whole space, you might as well use it for something. Here, it’s a square 80-litre plastic recess with a plughole in the bottom, so – finally – there’s a car with a place to put dirty boots that you can easily rinse out afterwards. And, I guess, Ford could just offer different box sizes played off against different batteries back there. 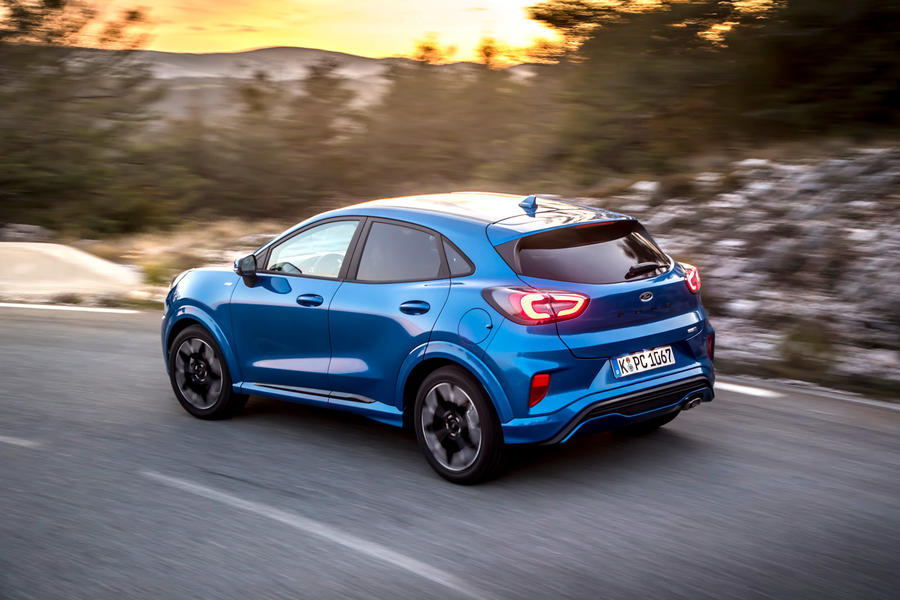