In more sedate town driving the Panda is easy enough to operate, with the electric architecture providing a faintly discernible level of additional poke to help get you moving smoothly.

Past this point though, the Panda’s power deficit becomes a bit more conspicuous. There’s a need to really keep your foot in to get the car up to speed, so much so that you often find yourself driving about for extended periods with the accelerator completely flattened. Doing so is quite fun – in part because the Panda’s engine seems up for a thrashing – but also because you’ll never really be in any great danger of grossly exceeding the speed limit.

That said, driving in such a manner likely won’t do your fuel consumption any favours. We saw a fuel consumption figure of about 35mpg at the conclusion of our time with the car – some way off its 49.6mpg WLTP rating.

Its tall sides, raised ride height and higher centre of gravity are apparent through corners, too. It bounces its way over undulating road surfaces, and even if you tip the Panda into a bend at relatively sedate speeds it responds with fairly a significant amount of body roll. Meanwhile, its tyres seem to struggle to maintain their purchase even on dry roads so that its chassis will push into understeer with relatively little provocation. The stability systems then promptly step in to shut things down with a fairly heavy hand. Not that you’ll be able to feel any of this through the wheel, mind, as the Panda’s steering is completely mute and not quite as intuitive as you might like.

Still, even with the slightly wayward body control and overly-light steering, the Panda is absolutely a fun car to drive. It’s more entertaining than its 500 sibling, largely because its movements are so much more pronounced.

Its interior might be harder to appreciate, particularly as it’s really starting to look and feel its age. It lacks a good deal of the style appeal that’s inherent to the 500, while its rear seats aren’t exactly that accommodating for adult passengers. With the front seats set for adults of average height, headspace and knee room in the second row are very much in short supply. 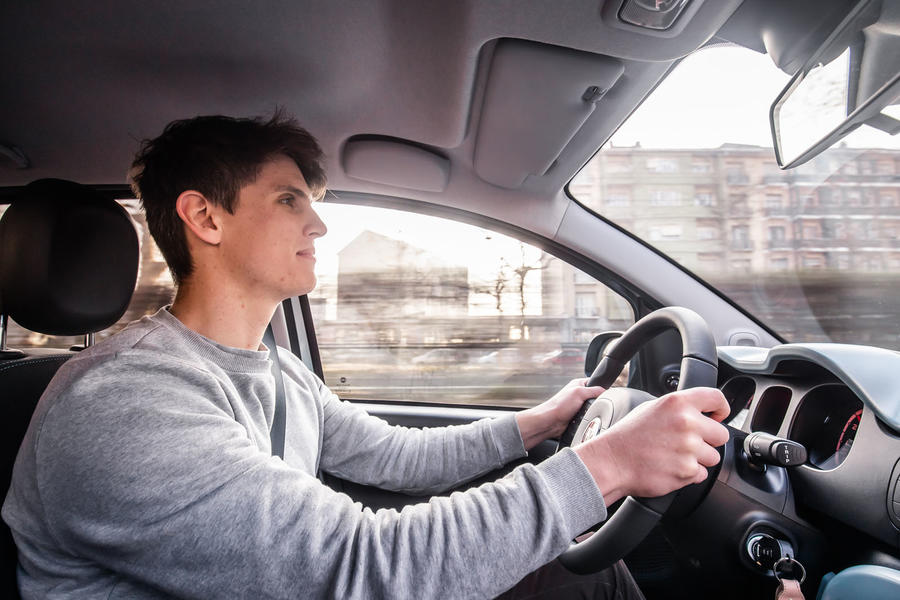