When buying a new car it’s often wise to consider the model’s depreciation. The faster the depreciation, the less money you will likely get if you come to sell it in the future.

Figuring out exactly how a model will compare to another can often seem daunting, but helpfully, used car dealership Carspring has done the research for us, compiling a list of the 13 car brands with models that depreciate least in Britain.

They’re shown below with the average percentage of money lost from their model’s list values after 34,700 miles. 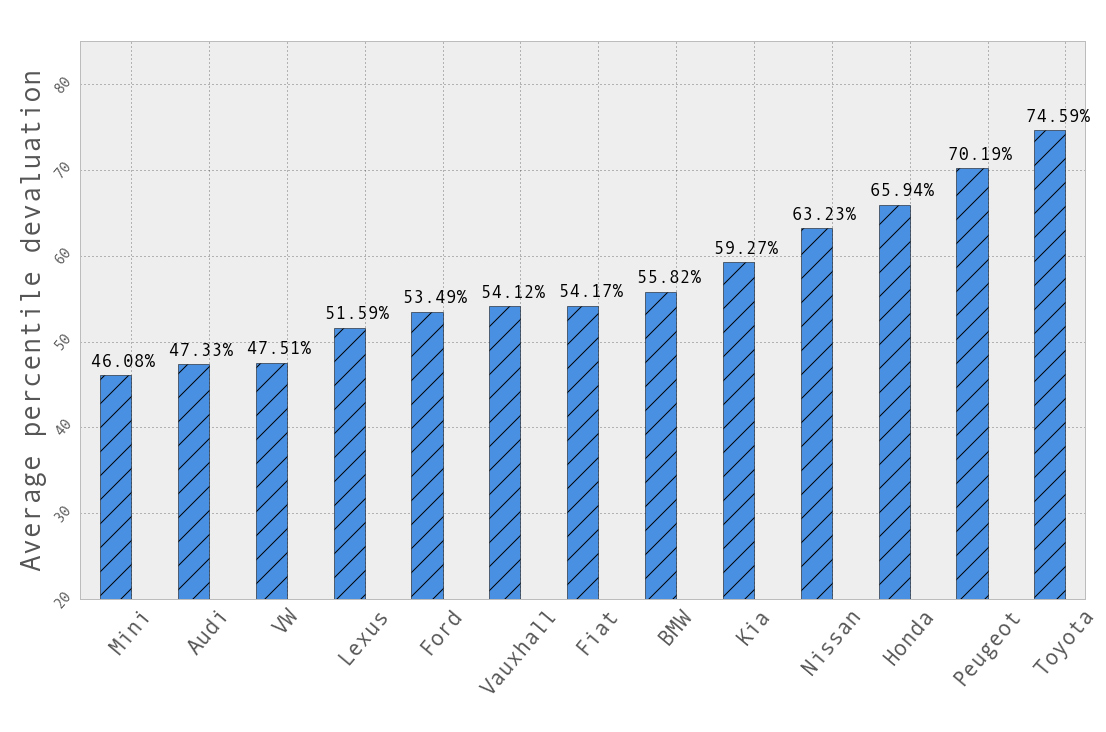 The chart shows that as of the start of 2017, Minis suffer from depreciation the least out of the UK’s top 13 car brands. Losing an average of 46.88% from their values after 34,700 miles, they beat Audi models, which lost 47.33% after the same mileage, to the top spot.

Volkswagen, Lexus, Ford and Vauxhall achieved the next best results, with between 47.51% and 54.12% lost respectively. The worst performing brand was Toyota, which has an average of 74.59% value lost from its vehicles after the aforementioned mileage.