American start-up Bollinger Motors has revealed pricing for its electric off-road SUV and pick-up truck, ahead of the pair’s public debut at next month’s Los Angeles motor show.

Both models will be available from $125,000 (£97,200) in the US, and can be secured now with a refundable deposit through the firm’s website. They have been engineered to be road-legal across the globe, suggesting pricing for other countries could be announced in due course.

The B1 and B2 are both based on Bollinger’s in-house-developed Class 3 electric vehicle ‘skateboard’ platform. The chassis and body are made from aluminium, making it light and easy to manufacture, with simple-to-replace body panels.

With a motor on each axle giving four-wheel drive, the rugged, boxy models produce a combined 614bhp and 668lb ft of torque for a claimed 0-60mph time of 4.5sec and a top speed of 100mph.

Range hasn’t been confirmed, but Bollinger’s battery pack is an enormous 120kWh in capacity. The company previously proposed a range of 200 miles from a 100kWh battery.

Drive is through a two-speed automatic gearbox with high and low ranges, while there are front and rear electronically locking differentials.

Designed for extreme off-road use, the B1 and B2 have 50/50 weight distribution, 10-20in of variable ground clearance, 10in of wheel travel, all-round ventilated 11.75in disc brakes and geared axle hubs. 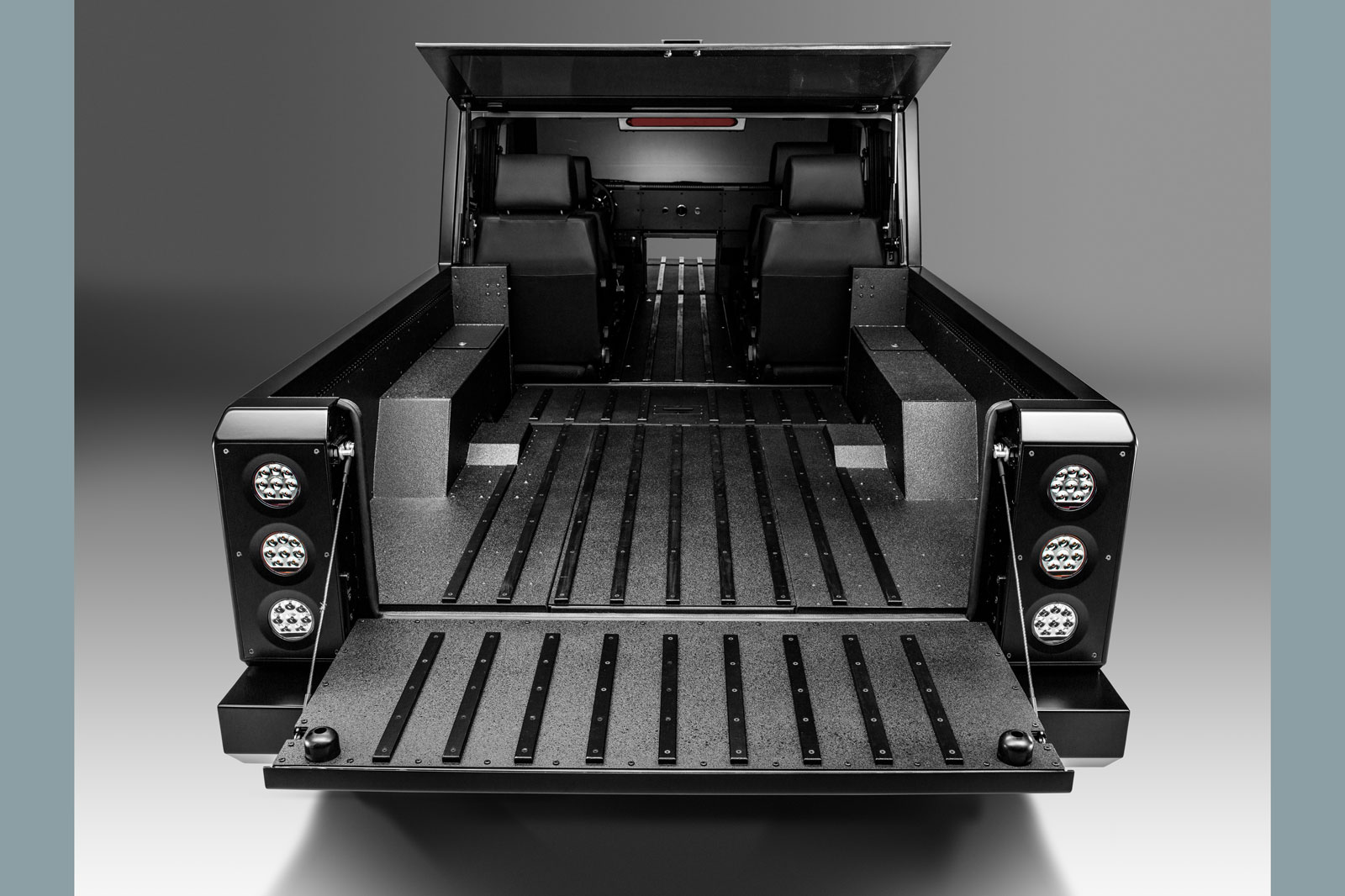