The El-Born concept featured a 62kWh battery mounted in the skateboard chassis, with an electric motor making 201bhp. Seat claims it will achieve 0-62mph in 7.5sec.

It will be compatible with 100kW DC rapid charging, allowing the battery to be filled from empty to 80% in 47 minutes. The total range is quoted at 261 miles for this concept. It will also feature a thermal management system to maximise range in hot weather.

The El-Born features a similar hatchback profile to the ID 3 and styling that showcases what Seat design chief Alejandro Mesonero-Romanos calls “the ultimate translation of our emotional design language into the new world of electrical vehicles”. He added that “we have to make customers fall in love with the idea” of an EV. 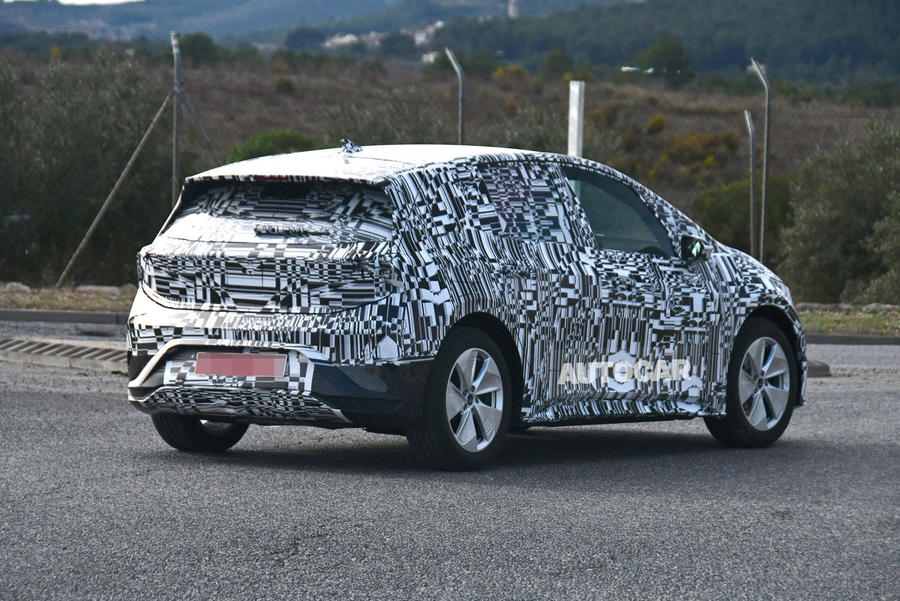 The design features several streamlined areas to boost aerodynamic efficiency, including the Seat logo positioned flush on the front bodywork of the car, above small intakes that provide cooling air to the battery pack.

The A-pillars of the car have been pushed forward to maximise internal space, with the sharp side lines creating an air curtain. The rear of the concept featured an LED light strip across the full width of the tailgate, with a double-layer spoiler contributing to the car’s aerodynamic efficiency.

The interior features a digital instrument display and a 10.0in infotainment touchscreen in a dashboard design that, Seat says, is driver-oriented.

Seat also says the El-Born will feature “state-of-the-art” driver assistance systems capable of level two autonomy, meaning it can control steering, acceleration and deceleration. A large central bag compartment is located where the transmission tunnel would sit in a regular combustion-engined car.

The El-Born will be built alongside the ID 3 at Volkswagen’s plant in Zwickau, Germany. The first bespoke electric car from Skoda, Seat’s VW Group sibling, will be based on the Vision E concept and also use the MEB platform and similar underpinnings.

Volkswagen ID: vital EV revealed with up to 341-mile range