Bentley will update its best-selling model, the Bentayga SUV, next year to bring it into line with its latest models, and disguised prototypes have begun cold weather testing.

The test mule in these images is clearly recognisable as a Bentayga, but heavy camouflage to the front and rear suggests that Bentley is planning a number of design updates. At the rear, we can see that the brakelights have been reshaped and expanded, while the current model’s deep numberplate recess looks to have been brought forward.

At the front, the Bentayga retains its prominent grille and three lower air intakes, but will receive a reconfigured headlight design to bring it into line with the firm’s new Continental and Flying Spur – both of which were launched since the Bentayga arrived in 2016. We can also expect the front and rear bumpers to be redesigned. 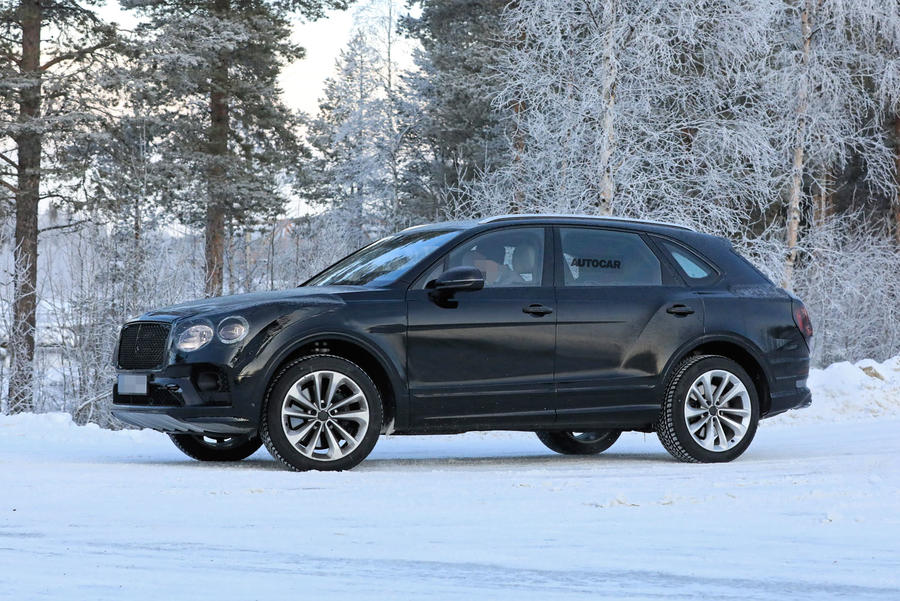 Just as significant will be the technology overhaul inside. The current car’s infotainment system is often criticised for feeling out of date next to cheaper siblings from Audi and Porsche, so the priority will be to bring in the latest system from the Continental GT and Flying Spur. A fully digital instrument display will likely also feature, while the range of active safety technology should advance.