We could talk about the ride and handling but, even by Riethmüller’s own admission, the geometry on this powertrain prototype is slapdash. Best focus on the engine bay. As a highvolume producer, Porsche is now obliged to fit sizeable particulate filters that limit the screech of its own 4.0-litre flat six. But Ruf isn’t, and so this engine now feels in a different league of intensity. Sharp cams mean the mechanical backbeat laid down at idle continues as the tacho goes past 2000rpm. Then at 3000rpm the profile changes and the noise rises in pitch, smooths out and quietens ominously. This is the tidal ebb before a tsunami hits at around 5500rpm. The induction noise from this point on is simply extraordinary, the intake howling in a hollow fashion a bit like that of the 3.2-litre straight six in BMW’s M3 CSL, only an order of magnitude more vicious. Approaching 8500rpm, the sound hardens to a singularity that among the SCR’s expensive peers is comparable only to 12-cylinder Ferraris, but rawer still. Open the clutch and the revs then fall with the weightless immediacy of a feather in a vacuum, then off you go again.

With a new carbonfibre-rich chassis to propel, this engine will ensure the SCR is massively quick, but even were it not, would it really matter? I honestly don’t think so. This is a powertrain of spectacular linearity and fist-gnawing precision. Just like Roser lighting up the Yellowbird on the Nordschleife for Faszination, objectivity doesn’t matter.

We take the car back to base and then ponder on the drive to Munich airport. In 1978, Ruf built the original SCR in response to the 911’s expected demise at the hands of the front-engined 928. That never happened, but there’s a parallel. The SCR of today will be born into a world where such pure chassis engineering, manual transmissions, naturally aspirated engines and compact dimensions are rare enough individually, but in a single package? It doesn’t exist. This car is a challenge to the demise of the analogue supercar – one that’s out of reach of legislation because of Ruf’s minuscule production volumes. With its Yellowbird lineage and gut-heaving turbo performance, the 710bhp CTR will grab the headlines, but on this evidence the SCR could be the real jewel. 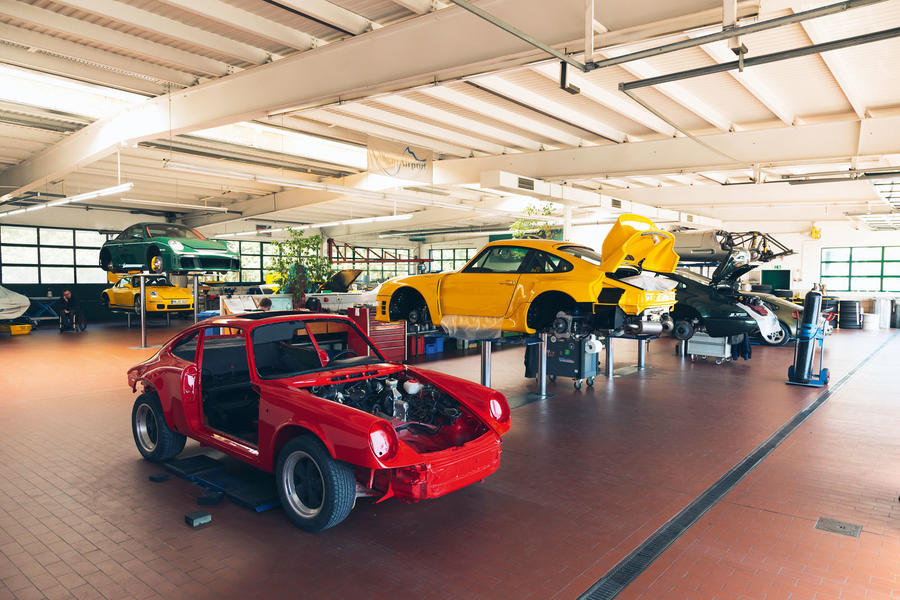 So you want to buy a Ruf…

Buying anything from Ruf is unlike buying even the most exclusive Porsche models. In the UK, your first port of call would be Richard Sekula, who since 2016 has acted as the marque’s sole concessionaire.

Though Ruf builds a range of cars based on the 991-generation 911 – cars such as the Turbo Florio and RTR – there are no off-the-shelf models and the degree of customisation is never less than comprehensive, particularly for cars based on earlier Porsche series. In most cases, prospective owners are therefore taken to the factory in Pfaffenhausen to see the workshop, meet Alois himself and perhaps get some inspiration before a deposit – usually between £50,000 and £100,000 – is taken and the build commences.