Best-in-class connectivity is claimed for the supermini, with wireless Apple CarPlay and Android Auto introduced to the sector for the first time and Hyundai’s Blue Link system offering a variety of services including a no-cost five-year subscription for TomTom-supplied live traffic data. Wireless phone charging also features.

Highlights among the huge provision of new safety kit include sat-nav-based adaptive cruise control, which can anticipate corners or straight stretches and lower or raise your speed appropriately, an intelligent speed limiter and lane-following assistance, a system that keeps the car centred within its lane.

Despite adding all this new tech, Hyundai claims a 4% weight reduction over today’s i20. In theory, that should lead to improved performance and efficiency for the petrol-only engine range. 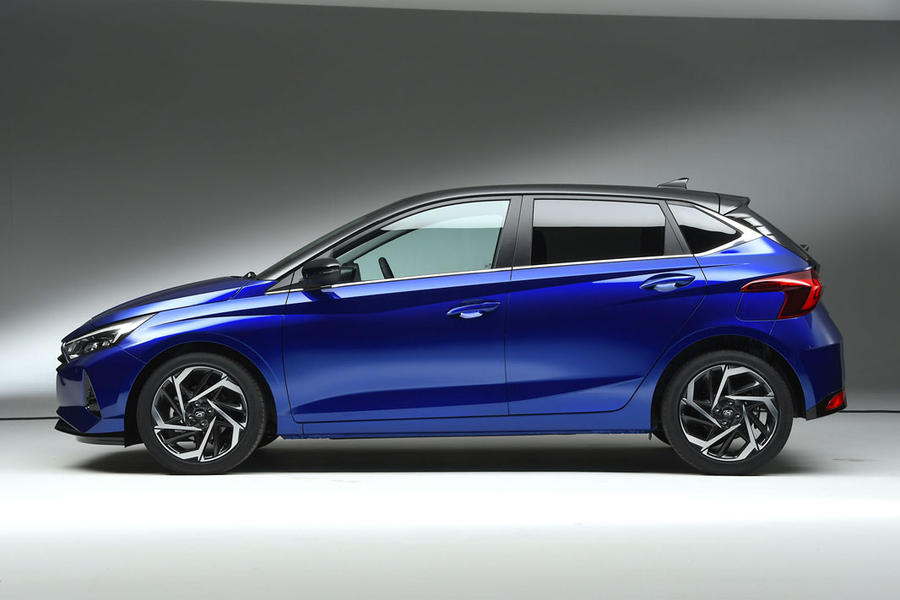 This is topped by a 118bhp 1.0-litre turbocharged triple with a 48V mild-hybrid system – itself responsible for a 3-4% efficiency boost, according to Hyundai. Although efficiency figures aren’t yet official, we know it can do 0-62mph in 10.2sec with the six-speed manual gearbox or one-tenth slower with the seven-speed dual-clutch automatic.

A 99bhp version of the same unit is offered with the same gearboxes. It’s likely the UK will get only the mild-hybrid version of this, too. The entry-level motor is a naturally aspirated 1.2-litre four-cylinder that puts 84bhp through a five-speed manual gearbox to complete the 0-62mph sprint in 13.1sec.

Hyundai hasn’t revealed UK pricing, but expect an entry point of just over £15,000 and to pay more than £20,000 for the highest-spec variants.

Hyundai i20 N hot hatch tests at the Nürburgring

New Hyundai i30 facelift teased ahead of Geneva reveal