It is the longest-lived engine in the world today, so far as engines still put into cars by their manufacturers are concerned. GM continues to make its small block and Ford its Windsor motor, both of which are older still, but only in ‘crate’ form for those wishing to replace wornout examples, built hot rods and so on. They are not used in new cars.

The story of Bentley’s (or, more properly, Rolls-Royce’s) V8 actually starts in the early 1950s when it was recognised that the straight six in use at the time and which itself dated back to the early 1920s had reached the end of the road. What was required was a new motor that offered more power, more torque, more refinement and more reliability. More of everything indeed apart from this: they didn’t want any more weight. Tricky, that.

A V12 was considered but dismissed on the grounds of complexity and weight, so the V8 configuration was chosen. Which I guess is why to this day so many people think it was a copy of an American engine, or a straight buy-in, like the Buick-sourced V8 used by Rover for decades. But it wasn’t, it was a pure Rolls design from the outset that hit its performance and refinement marks by displacing first 6.25 litres and then 6.75 litres, but did indeed weigh no more than the old 4.9-litre straight six by being cast not from iron but aluminium. 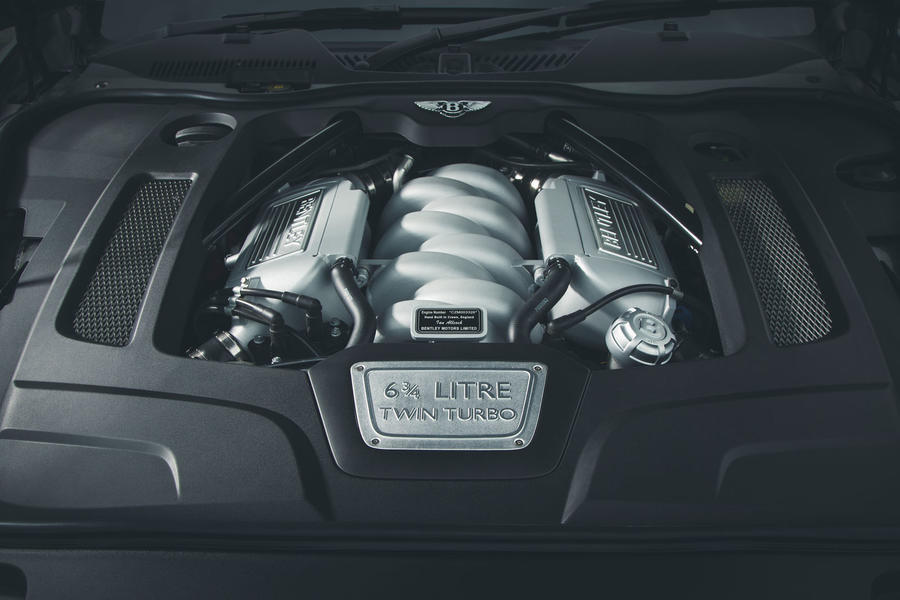 Its survival over the years is all the more remarkable for the fact that its owners actually tried to kill it. Just as in the late 1970s Porsche intended the 928 to replace the already ageing 911, so Vickers – which owned Rolls-Royce in the 1990s – decided its new Arnage and Seraph saloons would be powered by modern BMW engines. But when VW bought Bentley in 1998, its first public act was to recommission the by now much missed old V8 and, at considerable expense, completely re-engineer the front end of the Arnage to take it.

In time it would completely redesign the V8 too, mainly to allow it to meet emissions legislation, but also to improve its power and reliability. It’s been a few years since a single component on a modern twin-turbo 6.75-litre V8 was interchangeable with one from a 1959 6.25-litre motor, but no one would ever claim one was not a direct development of the other.

Today, it is more than just a fabulous engine. It is unique. I know of no other motor that generates its power this way. These days it produces 530bhp, which is at least 250% more than it did 60 years ago, but the truth is that now Bentley has ditched diesel, the Mulsanne is the least powerful of all eight and 12-cylinder Bentleys on sale. But when it comes to torque, it bows to no one. It has 811lb ft of the stuff at 1750rpm, and the only reason it doesn’t have more even than that is that it would melt its ZF gearbox if it did.